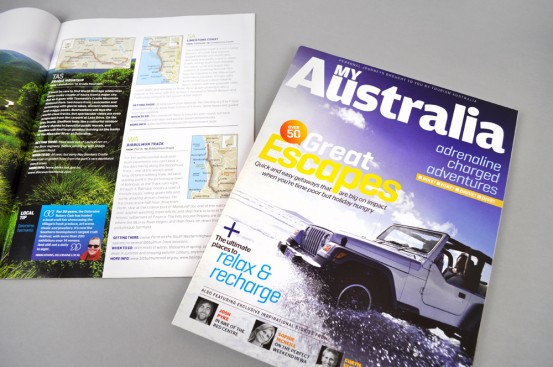 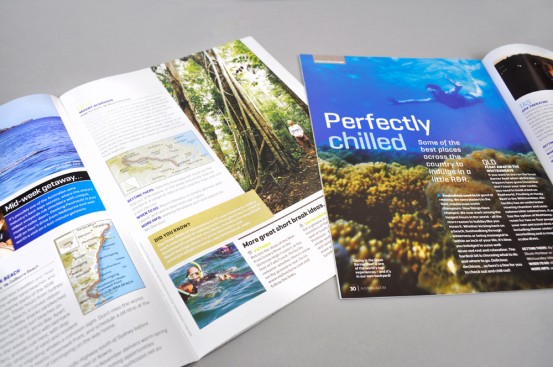 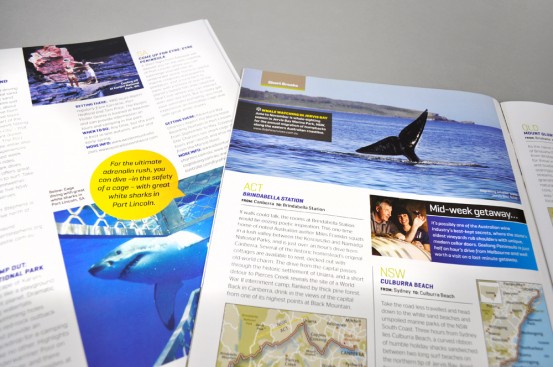 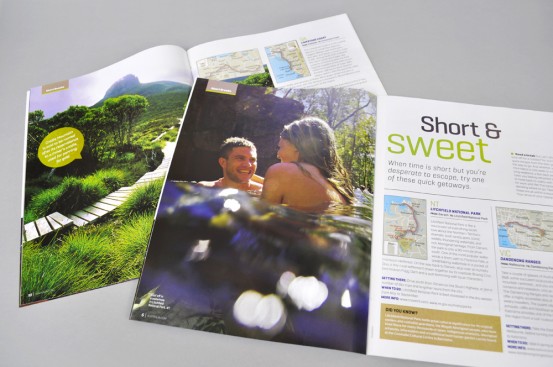 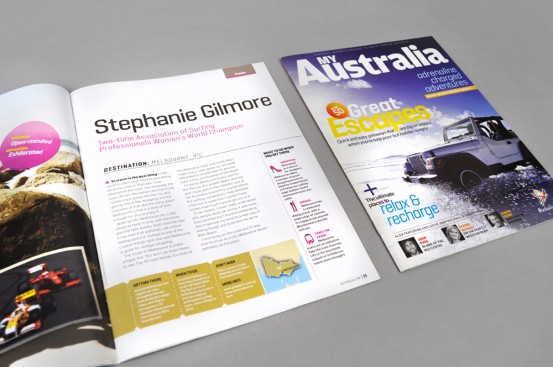 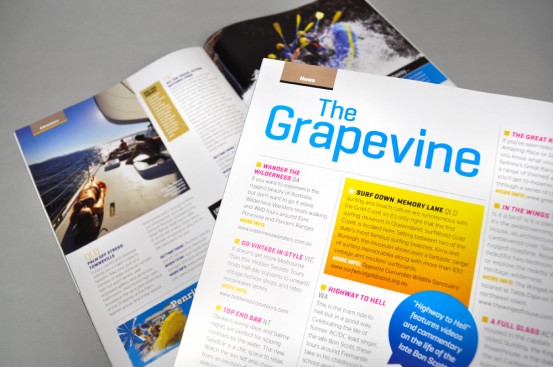 Hardie Grant were asked to create a series of three magazines for Tourism Australia and called on Chorus Design for creative direction and design. Three magazines were produced, each for a different demographic and for insertion into newspapers and other magazines Australia-wide. The magazines for 50+, 18-40 and families were produced to encourage Australians to holiday in their own backyard instead of travelling overseas.The look and feel of each magazine had to be different so as to appeal to different readerships but maintain a level of consistency across the titles.